So last week I auditioned for a voice acting gig.

I should explain. For years I’ve been running table top RPGs for my circle of friends. As a compulsive world-builder and aspiring writer that I am, I’m usually the one volunteered for GM-duty, which means I end up making a ton of NPCs and such. To add a bit of immersion (and to have a bit of fun myself) I try to give unique voices to lots of them. It might be silly but folks are already rolling dice and storming castles, so it never really seemed that much sillier to me, and people seemed to like it. Quite a few of my players have commented on it, and many others have joined in on the fun and add their own voices for their own characters. A few of my players have mentioned that they thought I should look into voice work because of my voices, and one of them sent me a link to some open auditions for a project last month, and so…well here we are.

It’s not a very big project, just a fan-dub for a Legend of Zelda: Twilight Princess movie. I’ll go on record as saying that I’m not usually a huge fan (ha-ha) of fan-dub projects like this, but I am a huge fan of Legend of Zelda, so I figured I’d give it a shot.

It’s not exactly professional work at Disney, but you gotta start somewhere.

So, today, I thought I’d share a few takes for a few characters I auditioned for.

Zant, a villain, but like most villains in Legend of Zelda, playing second banana to the real big bad.

Audio glitch recording left this one very quiet, so you may need to turn up your volume, but only on this one. Apologies.

Yeto, the big yeti in the background, is a very large and boisterous fellow, who deeply loves his wife Yeta.

Hero’s Spirit is possibly Link from Ocarina of Time. Depending on theories about how Zelda timelines work. I will confess, it makes less sense the longer you think about it. 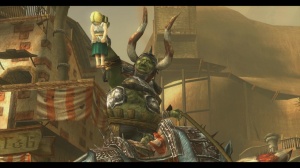 King Bulblin, is fat, sadistic, and decides to switch sides the moment you beat him. Like a ill tempered Snorlax I guess. 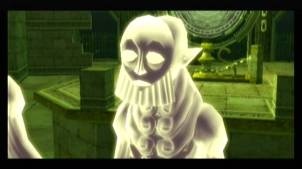 Sages, the guys and gals who consistently fail to follow through on the whole lock evil away forever thing. Seriously, we’ve done this how many times already? Maybe these guys aren’t so sagely after all.

I auditioned for a few other rolls, but these are the ones I felt were the strongest. Honestly I don’t expect to get a part, there are a lot of very talented people applying it seems, but I’m glad I threw my hat in anyway. Maybe I’ll keep an eye open for other auditions in the future.

What do you think? Any good? Don’t quit my day job? Seriously, I’d love to hear your thoughts 🙂

Like Loading...
This entry was posted in Something Different and tagged Aside, Fantasy, Voice Acting. Bookmark the permalink.