Don’t Let It Beat You 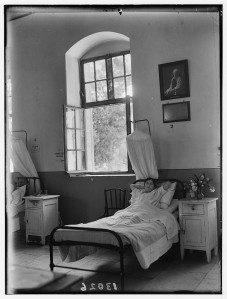 “Don’t let it beat you,” they’d say, as if it was something that could be beaten. People who think you can beat it, that you ever get “better” from cancer, don’t understand how cancer works. You never beat it, you just hope you die of old age before it beats you.

I tried. I really did. But fighting was worse. Fighting hurt more. You can only fight so long, when you lose every time. Same fight, same pain, same failure. Every day.

So I stopped fighting. I told people I was still fighting of course. That I’d pull through, that I would go to whatever it was I was missing because I was sick, next year when I got better. I knew there wouldn’t be a next year. I gave up, and I waited to die.

I knew there wouldn’t be anything after. I was certain of it. I’ve never believed in god or an afterlife or anything. It just didn’t make sense to me. I would die, and there would be nothing. Given the choice between nothing or the pain, I was ok with nothing.

So I waited for the end, the nothing, the emptiness. No more pain, no more fighting, no more me.

That’s how it was supposed to be.

I died, and there is nothing. Except me.

It is emptiness, and it is nothing; except I’m still here.

Just me. Alone. And darkness. The deepest blackest darkness you can imagine, and so much worse.

It goes on forever. As far as I’ve gone, no matter which direction I go. Always more darkness.

For a while, I hoped that maybe, if I could just get far enough, there might be something else. But no. No matter how far I go, there is nothing.

I don’t know how long I’ve been here. Longer than a day, less than eternity. There is no way to tell here.

“I thought there might be someone over here. I’ve been looking for awhile.”

I thought I was the only one. How did you find me?

“I just kept going this way until I found someone.”

But, I went on for ages, and I found no one.

“I guess I was going longer. I’ve been going for a few years now I think.”

But…Years? I’m certain I haven’t been here that long. How did you know anyone would be here.

“That seems like a bad idea. I mean, there’s nothing else here. If you give up hope, what else is there?”

Like Loading...
This entry was posted in Short Story and tagged Fantasy, Short Story. Bookmark the permalink.

2 Responses to Don’t Let It Beat You